[BBC News] Why the falling cost of light matters..

Home/News/[BBC News] Why the falling cost of light matters..
Next

[BBC News] Why the falling cost of light matters..

Back in the mid-1990s, an economist called William Nordhaus conducted a series of simple experiments with light.

First, he used a prehistoric technology: he lit a wood fire.

But Prof Nordhaus also had a piece of hi-tech equipment with him – a Minolta light meter.

He burned 20lb (9kg) of wood, kept track of how long it burned for and carefully recorded the dim, flickering firelight with his meter.

Next, he bought a Roman oil lamp, fitted it with a wick, and filled it with cold-pressed sesame oil.

He lit the lamp and watched the oil burn down, again using the light meter to measure its soft, even glow.

But a mere eggcup of oil burned all day, and more brightly and controllably.

Why did he do this?

He wanted to understand the economic significance of the light bulb.. 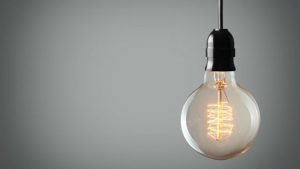